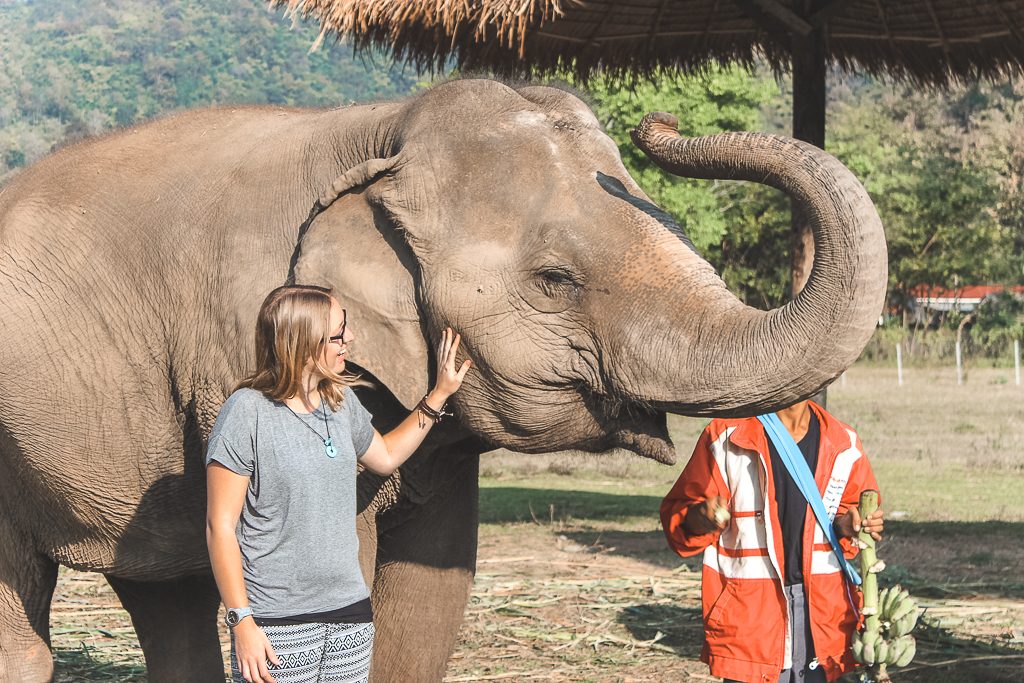 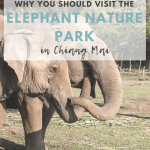 The Elephant Nature Park in Chiang Mai is what you say an extraordinary and interesting place to visit. It is a place where injured and mistreated elephants in Thailand can spend the rest of their lives in peace and quiet. Nowadays, Thailand is developing more and more, but unfortunately not always when it comes to animal welfare. They still use elephants as touristic attractions and as long as tourists will keep continuing to jump on the back of these mighty creatures, it probably won’t stop. In my opinion, this is something that definitely needs to change, and that is why I like to make people more aware of the life of elephants in Thailand, just as the Elephant Nature Park in Chiang Mai is trying to do.

Back in 2015 I visited the Elephant Nature Park in Chiang Mai that is founded by Sangduen ‘Lek’ Chailery. Meanwhile, they made more progress in saving the lives of the elephants and the Save Elephant Foundation started even more projects around Thailand as well as in Cambodia and Birma. I can do nothing but recommend you to visit one of these projects while backpacking around Asia and especially the one in Chiang Mai, although I can’t say anything about the other places, so I am kind of biased perhaps. But for me it is still one of my highlights from traveling around Asia.

Elephants in Thailand: this is what goes wrong

For many people, seeing an elephant is high on the bucket list while traveling around in Thailand. There is of course nothing wrong with that, but it is definitely wrong to go for a ride on the back of an elephant. Some people will see the elephants as some ‘giants that can easily carry a human being, right?’ But the truth is that the back of an elephant is in fact really weak and not meant to carry weight on it. And let’s be honest at the same time as well: isn’t it a bit odd that a human can actually sit on the back of a wild animal?

Actually, we can’t. Try to jump on the back of a true wild elephant and he will run you over for sure. Come on, it’s an elephant, what do you think? But the elephants in Thailand get mistreated and injured so badly, that they will kind of surrender to protect themselves. The way they make the elephant surrender is disgusting and beyond cruel. By a very young age, elephants will be locked into a very small and open kennel. They can not lay down, they can’t turn around, they can’t do anything. From that moment people will start to hit the elephant with sticks. Some of them will have sharp iron hooks on it as well. They will continue hitting the elephant until the elephant breaks. Most of the time they will actually withstand this torture for days, but in the end they have to give up. From that moment on they will listen to humans and you can make your elephant ride. Or did you perhaps just change your mind (I hope so!)?

About the Elephant Nature Park in Chiang Mai

You probably understand now why the Thai woman Sangduen Lek Chailert founded the Save Elephant Foundation and Elephant Nature Park in Chiang Mai. She was so sick and hurt by the faith of the elephants in her home country, that her main goal in life became to rescue the elephants in Thailand. With that vision in her mind, she founded the Elephant Nature Park in Chiang Mai. Nowadays, it’s a place where they take care of a lot of mistreated and wounded elephants. It certainly is NOT a park where you can ride on the back of an elephant.

That said, the elephants can actually walk around the park wherever they like. They all have traumas, but their caregivers will do anything in their ability to make the lives of the elephants as great as possible. Therefore, all the elephants have a set caregiver. Elephants are smart animals with an extremely developed mind as well. They do know a lot of emotions and they are really attached to their family. For example: they will really mourn when one of their family members will die. That’s why it’s so important that they have the same caregiver every day. When you walk around the park, you will see different herds of elephants, taking care of their family members.

The difference with other elephant sanctuaries

Don’t get yourself fooled by all the elephant sanctuaries in Thailand and around other Asian countries. The good sanctuaries that actually really want to take care of the elephants are rare. In a lot of these places you will still see the elephants chained up or they get hit with bull hooks to keep them in one place. There are also still some places where they offer elephant rides. But these elephant parks have just one purpose: to earn as much money from tourists as they can. And the elephants are the victims in the end. They don’t care about the welfare of these animals at all. So please inform yourself very well before you visit any elephant sanctuary or park.

The difference between the Elephant Nature Park in Chiang Mai and other parks is also that ENP doesn’t buy elephants purely to earn money on tourists. They simply buy elephants to get them away from an abusive environment and terrible owners. So you won’t see them using chains, bull hooks or other terrible attributes in Chiang Mai. Besides that, the park is more than a sanctuary for elephants. They also take care of a lot of dogs, cats, birds and buffalos. If you are interested in it, you can volunteer in different departments of the park.

Opinions about the Elephant Nature Park

The welfare of elephants in Thailand is a difficult subject and people will have different opinions on it. That’s one reason why some people do have negative feelings when it comes to the Elephant Nature Park as well. I can understand these people. Ideally we would like to see the elephants only in the wild, without any influence of humans. I mean, that would be the most amazing outcome anyway.

However, I do believe that they do some great work at the Elephant Nature Park in Chiang Mai. Fact is that these elephants are not able to live completely wild in the jungle. A lot of them never had the chance to grow up as a wild elephant so they don’t know how to take care of themselves. Other elephants – who didn’t get mistreated but were injured due to grenades in the jungle for example – won’t survive that easily anymore as well due to their injuries.

I think this is a good development and I am sure there actually will be a time you can only see the elephants from the platform. But honestly, I can’t speak for an elephant. I think it’s pretty tough to know what they think. But there is one thing I know for sure: they live a so much better life in the Elephant Park in Chiang Mai than ever before.

Costs of visiting the Elephant Nature Park in Chiang Mai

Compare to other expenses in Thailand visiting the Elephant Nature Park is not a cheap thing to do. However, your money will go to a good cause, namely saving mistreated and injured elephants. There are different programs you can follow, from a half day programma and single day programs (2500,- THB / € 67,-) to multi-day programs including accommodation (from 5800,- THB / € 155,-). All the programs include pick-up from your hotel in Chiang Mai as the park is about 60 kilometer north of the city.

Make sure you book your visit in advance. Sometimes they are fully booked for weeks.

The head office of the Elephant Nature Park is in Chiang Mai and you can find it on this address: 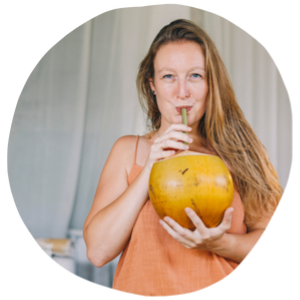 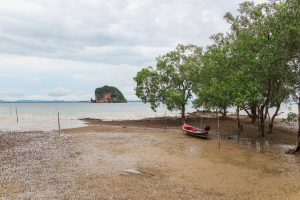 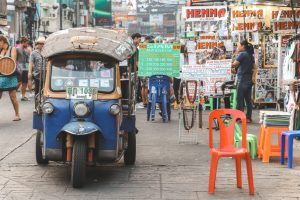 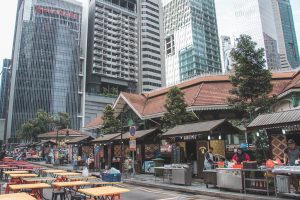 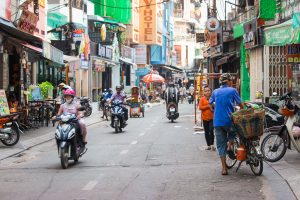 Vietnam Itinerary: backpacking in 4 weeks from South to North 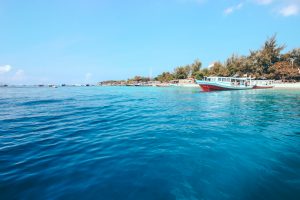 The 15 best hotels on the Gili Islands 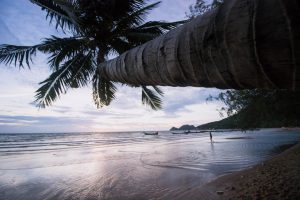 Budget Koh Tao: How expensive is the Thai bounty island? 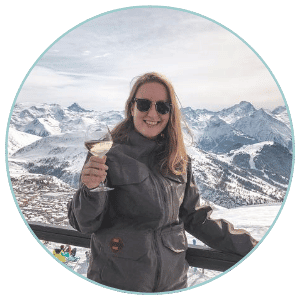 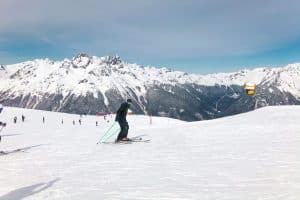 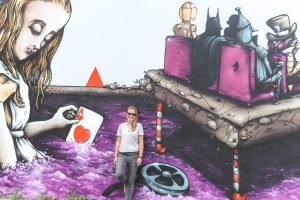 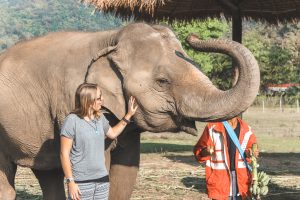